Part 2 of the repair process is to address the rust pitting and dents. As you can see, the front passenger side is in bad shape. All rust pits were sand blasted with a spot blaster, treated with Picklex 20 rust coverter. After the picklex 20 had a few days to cure and convert any remaining rust, the area was scuffed and filled.

Rust Pitting repaired by blasting out the rust. Some of the larger rust spots blew completely through, so small patch panels were made and welded in place. 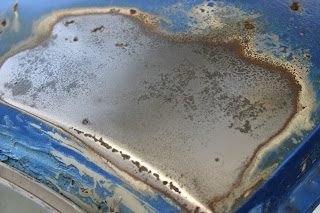 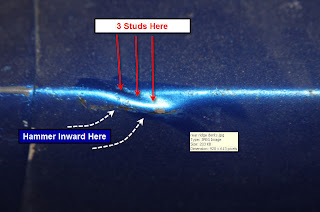 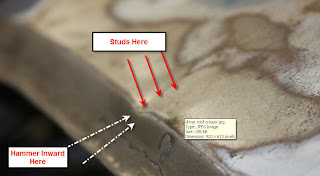 Big dent at back of roof near rear window opening. 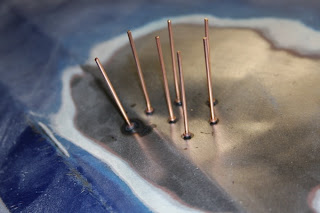 Dent pulled out, and studs clipped off. The remainder was ground down, and a little body filler applied to finish off the repair. 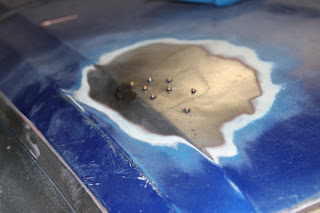 This roof was very thin, and had some oil canning which made it difficult to get level. all of the tiny white spots are where rust pits were, that were blasted out and filled and block sanded. 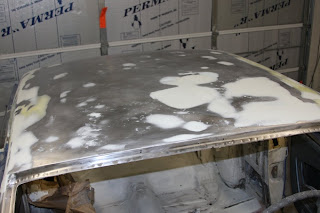 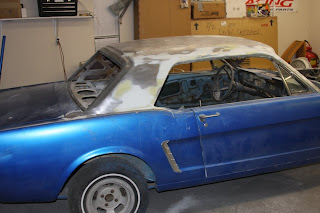 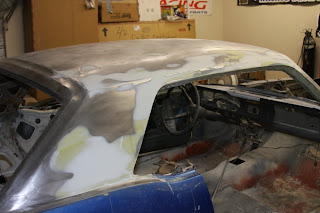